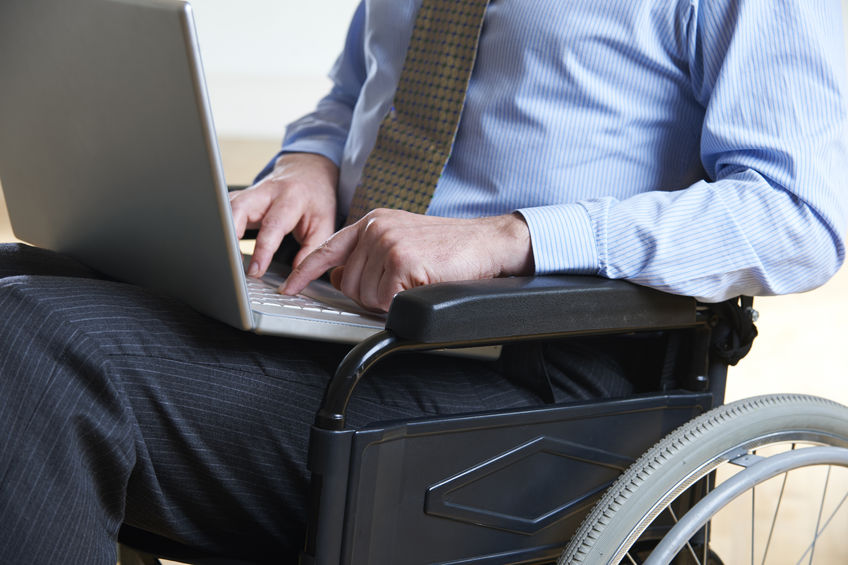 Crews Law Firm, PC has represented many people with disabilities in situations involving their current or former employers. We have fought for the rights of persons with disabilities to be treated fairly, to be given reasonable accommodations so that they can perform their jobs, and to not be discriminated or retaliated against because they have a disability, because they have asked for reasonable accommodations, or have opposed disability discrimination. If you believe your employer is discriminating or treating you unfairly because you have a disability or your employer believes you have a disability, Crews Law Firm may be able to help.

Call (512) 346-7077 today or click here to schedule an appointment with one of our lawyers if you or a loved one have been discriminated against at work.

The Americans With Disabilities Act (“ADA”) and its Texas counterpart, Chapter 21 of the Texas Labor Code, prohibit employers (with at least 15 employees) from discriminating against employees because of a disability or because the employer regards or perceives the employee as having a disability, as long as the employee can perform the essential job functions with (or without) reasonable accommodations. The law protects people with both physical and mental disabilities. An employer is also required to make “reasonable accommodations” for employees with disabilities unless it creates an “undue hardship” on the employer.

Who Is Protected and Has a “Disability” Under the Disability Discrimination Laws?

Both the ADA and Texas law provide a broad definition of “disability” that includes most serious long term physical or mental medical illnesses or conditions. Specifically, an individual with a “disability” is defined as a person who has a physical or mental impairment that substantially limits one or more major life activities, a person who has a history or record of such an impairment, or a person who is perceived by others as having such an impairment. Major life activities include, but are not limited to, caring for oneself, performing manual tasks, seeing, hearing, eating, sleeping, walking, standing, lifting, bending, speaking, breathing, learning, reading, concentrating, thinking, communicating, and working. Major Bodily Functions include, but are not limited to, functions of the immune system, normal cell growth, digestive, bowel, bladder, neurological, brain, respiratory, circulatory, endocrine, and reproductive functions.
Examples of covered physical and mental impairments that should virtually always be considered a disability include:

An individual meets the requirement of ‘being regarded as having” a disability if the individual establishes that he or she has been subjected to an action prohibited under the disability discrimination laws because of an actual or perceived physical or mental impairment whether or not the impairment limits or is perceived to limit a major life activity. To be covered, an employee only has to establish that an employer discriminated against the employee because of a medical condition, whether the employee actually has one or the employer just thought they did.

The Americans with Disabilities Act (“ADA”) and state law (Chapter 21 of the Texas Labor Code) requires an employer to provide reasonable accommodation to qualified individuals with disabilities who are employees or applicants for employment, unless to do so would cause undue hardship. Reasonable accommodations must be provided to qualified employees regardless of whether they work part- time or full-time, or are considered “probationary.” Generally, the individual with a disability must inform the employer that an accommodation is needed.

In general, an accommodation is any change in the work environment or in the way things are customarily done that enables an individual with a disability to enjoy equal employment opportunities. “Reasonable accommodations” include modifications or adjustments to the work environment or to the way in which a position is normally performed to help a person with a disability be able to perform the job.

There are a number of possible reasonable accommodations that an employer may have to provide to a qualified person with a disability regarding how and when a job is performed. These can include:

A modification or adjustment is “reasonable” if it “seems reasonable on its face” – this means it is “reasonable” if it appears to be “feasible” or “plausible.” An accommodation also must be effective in meeting the needs of the individual. In the context of job performance, this means that a reasonable accommodation enables the individual to perform the essential functions of the position.

If you or a loved one need legal assistance regarding reasonable accommodations or disability discrimination, call (512) 346-7077 today or click here to schedule an appointment with one of our lawyers.

For more information on employment law and the types of evidence used in employment law cases, click here for an article written by Crews Law Firm Attorney Robert W. Schmidt published in the Texas Bar Journal.