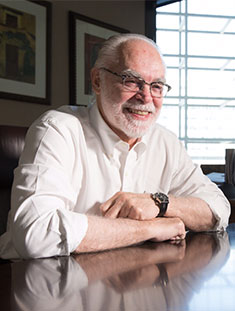 Joe Crews, the firm founder, has represented individuals and their families in personal injury cases of all kinds, including automobile, truck and motorcycle accidents, construction site accidents, wrongful death, sexual assault, and injuries caused by defective products. Mr. Crews is Board Certified in Personal Injury Trial Law by the Texas Board of Legal Specialization. He has been named a Texas “Super Lawyer” by Thompson Reuters from 2009-2020 and is rated “AV Preeminent” by Martindale-Hubbell. He received the Scott Ozmun Trial Lawyer of the Year Award from the Capital Area Trial Lawyers Association in 2017. He is a member of the Million Dollar Advocates Forum, and active in numerous professional organizations including the Capital Area Trial Lawyers Association and the Texas Trial Lawyers Association. Before working as a name partner in private practice in Austin, Mr. Crews was the Chief of the Consumer Protection Division and a Special Assistant Attorney General for the Texas Attorney General’s Office. He previously worked in private practice in Dallas, Texas, and also worked in East Texas for East Texas Legal Services helping fight for the rights of low income and disadvantaged persons. He also has worked for the Federal Trade Commission and for the Office of the Student’s Attorney for the University of Texas. He received his law degree from the University of Texas and his undergraduate degree from Oklahoma State University. He is admitted to practice before the U.S. Supreme Court, the U.S. Court of Appeals for the Fifth and Eleventh Circuits, the U.S. District Court Northern, Southern, Eastern, and Western Districts of Texas, and Texas state courts.